Ramen noodles may be a hit in London right now with Bone Daddies Ramen Bar, Tonkotsu and Shoryu Ramen all leading the way in London’s noodle revolution. Ramen is no longer the preserve of small specialist small places and is now thrust into London’s gastronomic consciousness.

Take a flight over to Japan and you will find a noodle museum dedicated to instant noodle inventor Momofuku Ando who died in 2007 just shy of his 98th birthday. (See Eat Like A Girl‘s feature on her visit!) Strange concept, but then again there are probably countless tourists confused by the need for M&M World in Leicester Square.

On the bargain end of the scale, the cheap ‘instant noodle’ seems to be as popular in the Far East as a ‘bag-of-crisps’ is to us Brits. (Americans: read ‘potato chips’). Unlike Gary Lineker and his campaign for Walkers Crisps, advertising to entice instant noodle slurpers seems a little more surreal.

Here are some perplexing and unique examples which don’t seem to cross the cultural barriers to the West. I’m sure there are other examples out there… let me know if you find anything cringe worthy or laughable enough to be included!

WASTED AND BROKE: Describing those eating it right now…

As a student I remember eating my fair share of instant noodles… I also remember that I was often pretty wasted when I tore open a packet and being a student you were perpetually broke too. Maybe they are just addressing their target audience? 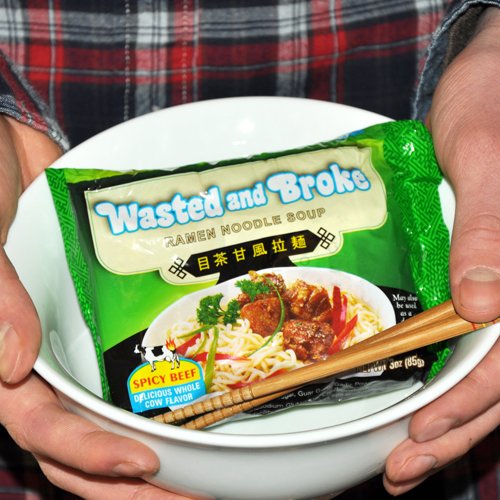 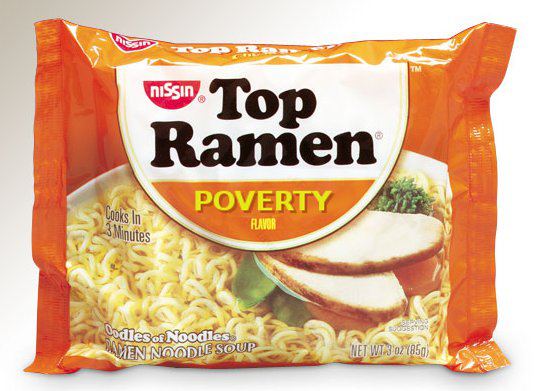 Not sure where they obtained powdered ‘sadness’ but it appears to be the major ingredient of these noodles.

Noodles for those who love life a little too much…

SLUTS: Pasta for who?

Maybe this is the Oriental version of ‘Pasta alla Puttanesca’

Source: Receive via email (quite a while ago)

VIDEO: Red Bull with your Noodles?

This is seriously in acid trip territory… not sure what’s going on here, it might be an ad for ramen noodles made with pure Red Bull instead of water. But judging by some of the ad, it might be liquid Viagra.

The last video may have been a little bit of a trip, but this one looks like it was made in 5 minutes by someone who was on that trip… and is still there…

One comment on “FEATURE: How to advertise ramen noodles… Japanese Style (NSFW)”