Posted by Boozedude on September 25, 2014 in Albums, Eating, Photos, Pictures, Pop Up 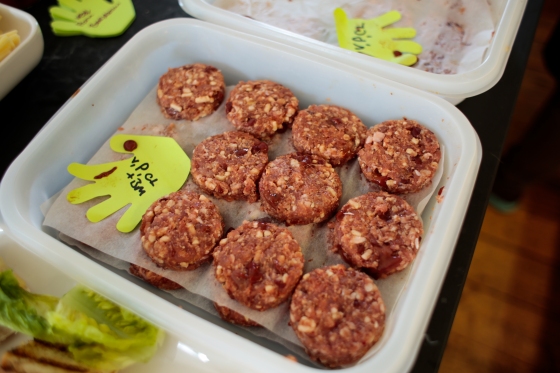 … with lettuce… as it would be inhumane to not have salad

For the zombies amongst you, this might be the popup to satisfy your flesh cravings. Although not actually human flesh, Chef James Thomlinson and Miss Cakehead have teamed up to create some unique burgers to be given away on Monday. These will simulate the texture and flavour of cannibalism from the accounts of survivalists who resorted to eating their fellow man to survive.

“One such example was when the 1920’s author and journalist William Seabrook traveled to West Africa and later described the experience of devouring a hunk of homo sapiens meat in his book, Jungle Ways”

Before you call in the police, these faux ‘human flesh burgers’ will be a blend of veal, beef and pork. If you want to sample them, follow @LDNmessChef on twitter and look out for the hashtag #TerminusTavern. The exact location (in the Spitalfields area) will be revealed nearer (or on) the day. 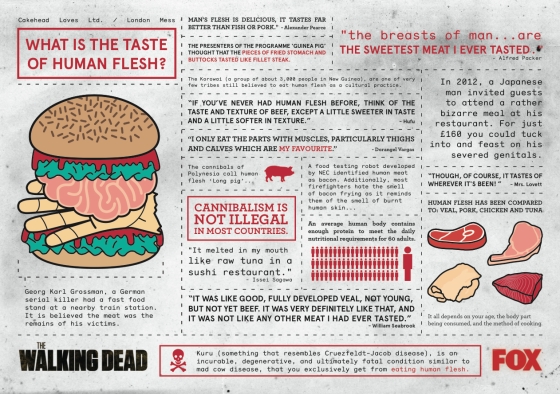 For those of you who can’t attend on Monday, you can find Chef Thomlinson’s recipe for the ‘human flesh’ burgers that can be viewed on his London Mess Facebook page.